Affirmative action for the rich

Posted on April 4, 2019 by Jonathan Andreas — Leave a comment 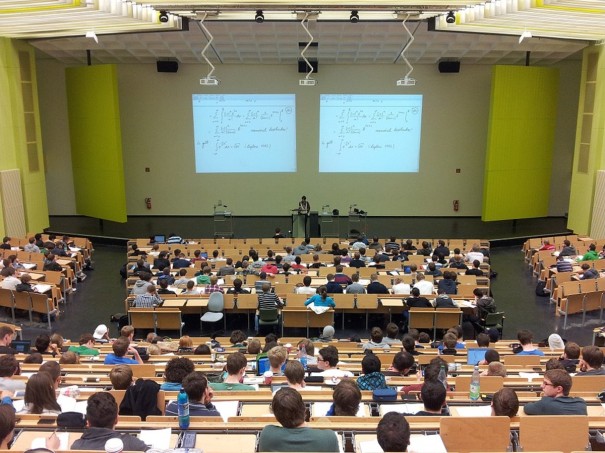 There are several ways that rich kids buy advantages for college.

First is years of expensive high-quality education that begins in exclusive private preschools that cost more than full tuition at most private colleges. Then add in expensive summer camps that cost more than a year of in-state university tuition (without financial aid) and the various other educational enrichment opportunities like the Semester At Sea cruise ship programs that circle the world’s oceans teaching students about the history, culture, and geography of the world by letting them experience it first hand at ports of call.  The average kid really does learn a lot more  in America’s best schools than in our average schools, so this makes a big difference.

Second is being a big college donor because most colleges lower admissions standards for the children of big donors. This isn’t as bad as it sounds because at least the money could in theory be used to lower the costs for low-income students. In practice, elite schools have very few students from families earning below the median income because their talk they don’t really care about economic justice, but at least this kind of corruption of the admissions process is relatively transparent (since everyone knows who gave money and that their kids get perks) and the money does help other students.

Third is through athletics, especially elite sports like fencing, sailing, rowing, and polo. There just isn’t much competition in these kinds of sports of the rich because only rich people can afford to compete. Many if not most kids who play sports at elite schools would never have qualified academically to get in.

Fourth: Buy more time to take the SAT or ACT so that your kids can boost their scores. This is a relatively new game that began in 2003 with,

an important change to the way untimed testing is reported to the colleges. [Previously], the SAT and the ACT offered untimed testing to students with learning disabilities, provided that they had been diagnosed by a professional. However, an asterisk appeared next to untimed scores, alerting the college that the student had taken the test without a time limit. But… this asterisk was found to violate the Americans With Disabilities Act, and the testing companies dropped it. Suddenly it was possible for everyone with enough money to get a diagnosis that would grant their kid two full days—instead of four hours—to take the SAT, and the colleges would never know. Today, according to Slate, “in places like Greenwich, Conn., and certain zip codes of New York City and Los Angeles, the percentage of untimed test-taking is said to be close to 50 percent.”  Taking a test under normal time limits in one of these neighborhoods is a sucker’s game—you’ve voluntarily handicapped yourself.

That is from Caitlin Flanagan and you should read the whole thing. In areas like Washington DC where a large percentage of students taking the SAT have a “disability” they score higher than students who don’t have a disability. In most of the country, very few SAT-test takers get extra time due to disability, and in those places the kids with a disability do worse than the other kids as one might expect.

Fifth: Although the four mechanisms above already give a big unfair advantage, sometimes they still aren’t enough. The new FBI sting reveals that there is an entire industry for defrauding the admissions process further by bribing coaches to put kids on their teams, fabricating resumes full of imaginary extra-curricular activities, boosting GPA by padding transcripts with grades from online courses that the students did not actually attend, and hiring professional test takers to get any ACT score you want to pay for. Again, read Caitlin Flanagan’s article for a fascinating insider’s look at the culture that engages in this most extreme form of college admissions privilege. The parents committing these frauds are often professionals in occupations that the rest of us rely upon and have to trust such as investment brokers, doctors, accountants, lawyers, and top managers.