International comparison of the income tax rate on the wealthy 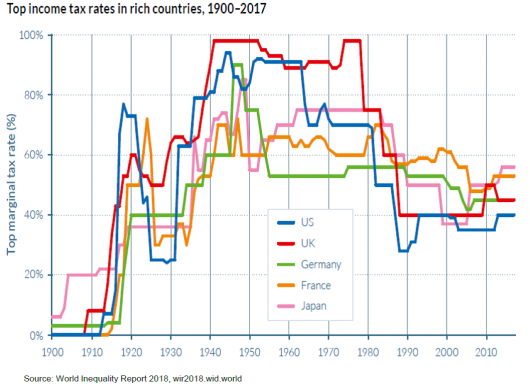 The two big reductions in inequality were the two world wars although the Great Depression might have also had an effect.