The Pew Research Center reports data that unauthorized immigrants in the US are at the lowest level in a decade of gradual declines. 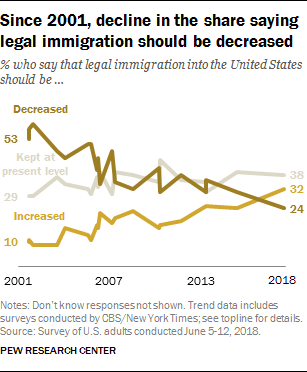 Illegal border crossings as measured by apprehensions have dramatically fallen from their peak in the late 1990s and lower than they have been in nearly a half century (which was only shortly after America first started to restrict the freedom of people’s movement across our southern border).

That reduction in apprehensions is happening despite much higher numbers of border patrol agents (about three times more agents), so it is unlikely that the US border patrol is just getting a lot worse at catching immigrants.

One reason apprehensions on the Mexico border is falling is that the biggest growth in unauthorized immigrants are not coming overland because they are coming from Asia, Africa, the Caribbean, South America, and other places rather than Mexico. 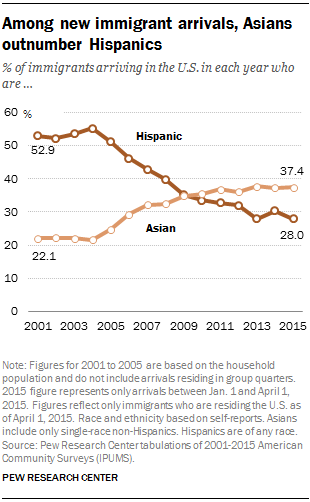 Undocumented immigrants are increasingly entering legally by air and by sea and simply overstaying their visas.

Even deportations peaked in 2013 under President Obama and have been considerably lower ever since (in the data so far).

So why does the media say we are in the middle of an immigration crisis? Because the president says it is a crisis and the media prints it like it is a fact:

Throughout this election season — and ever since he declared his presidential candidacy — President Donald Trump has been calling illegal immigration a “crisis.” “I would like to provide an update to the American people regarding the crisis on our southern border,” the president said in his Thursday speech on the subject, “and crisis it is.”

All of Trump’s blathering about an immigration crisis on the southern border has also created a lot of publicity about immigration in Central America and perhaps in the spirit of all-publicity-is-good-publicity, the news of a border crisis is acting as an advertisement for would-be immigrants who have suddenly started going to the US border in recent months in record numbers (although still WAY below the overall peak in the 1990s).

Even though Trump has attracted a lot of news coverage this year for being cruel to children by separating them from their families, the number of children coming has also dramatically increased. 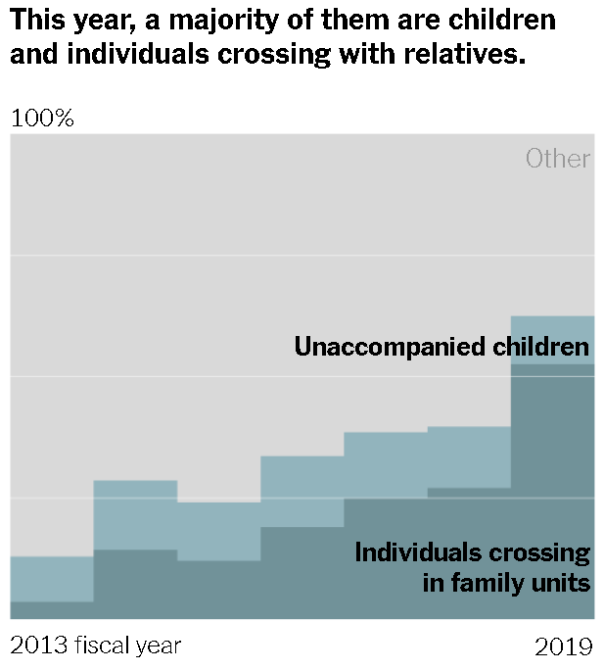 It is almost like the media exposure about families immigrating with children is giving more families from Honduras the idea that they could try immigrating.

And in contrast with the previous immigration wave from Latin America which was predominately illegal, the new immigration wave is trying to do it legally.  This is a sharp increase in the number that are applying for asylum:

So if there is an immigration crisis, it didn’t start until after Trump started producing vast amounts of free ‘advertisement’ about immigration to America in the news media.  How else would poor campesinos learn about the caravans of immigrants that they can join to help them get to the US border and apply for refugee status with their children.

There wasn’t an immigration crisis before Trump created one.  Like most economists, I generally think that immigrants make America stronger, but if Trump really wanted to reduce the number of illegal immigrants in America, there is a sure-fire, inexpensive method to achieve his supposed goal.  The fact that he doesn’t use this method means that he is either stupid or corrupt.