On Friday I was called in for a TV interview with WLIO about Trump’s tariffs so I put together a few notes for myself that I might as well post.

The National Review notes that, “China was the 10th largest supplier of steel to the U.S. market in 2017 and 94 percent of China’s steel exports were actually subjected to special tariffs.” China is the second largest supplier of aluminum, but they only supply about a fourth as much as Canada, the largest supplier and China’s aluminum is already subject to tarrifs too:

So Trump’s idea that his universal tariff will somehow hurt Chinese steel and aluminum is completely misplaced. If he wants to punish the Chinese, he should just increase their targeted tariffs rather than raising tariffs on all imports which mainly come from US allies.

Trump said that the steel industry is in financial trouble, but last year was good. Production peaked in 1973, at 137 million metric tons. In 2017, production was less than 91 million tons which was 5% better than the previous year. Earnings were up too. The industry earned more than $2.8 billion, up from $714 million in 2016 and added more than 8,000 jobs in 2017.

Trump said his tariffs would create jobs, but employment in the steel industry peaked in 1953 at 650,000 and was at 142,000 in 2015. The main reason there are a lot fewer jobs is technology which has made US steel producers much more efficient. Plus jobs will be destroyed in industries like car manufacturing that buy steel which will now be more expensive. Every other business association in America is opposed to the steel tariff.

70 percent of the steel bought for use in the United States is produced here in the USA. Also, American steel production hasn’t changed much over the past decades. In fact, since 2010 it’s actually increased.

the Pentagon says its total needs only come to about 3 percent of total domestic production. … America’s biggest foreign supplier of steel is Canada. That’s followed by Brazil, South Korea, Mexico, Turkey, the European Union, and Japan (then comes Russia). Defense Secretary James Mattis sensibly suggested that we might consider exempting our close allies from the tariffs to avoid creating a ridiculous diplomatic incident, but Trump blocked that idea because exempting allies would make the policy economically meaningless.

Economists are often accused of having trouble agreeing about anything, but PhD economists are pretty united in opposition to this kind of tariff. The University of Chicago polled elite economists about Trump’s tariff ideas back during the campaign and got universal disagreement with his plan to levy import duties: 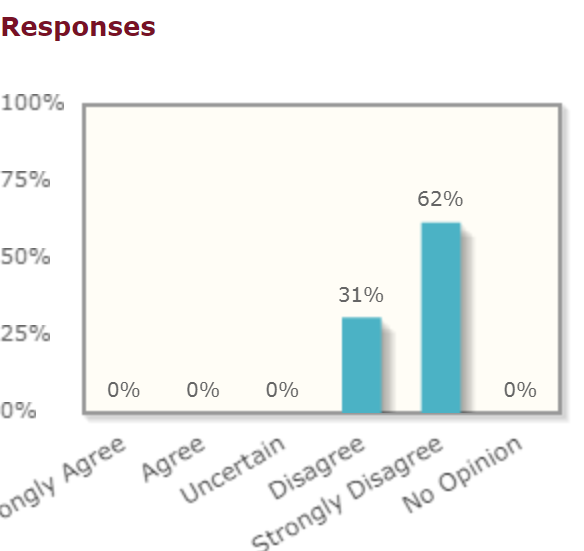 Pence wouldn’t impose such an illogical policy. Pence for president in 2018.