Home › Medianism › Milton Friedman was not a rational actor

Milton Friedman was not a rational actor

Posted on December 29, 2020 by Jonathan Andreas — Leave a comment 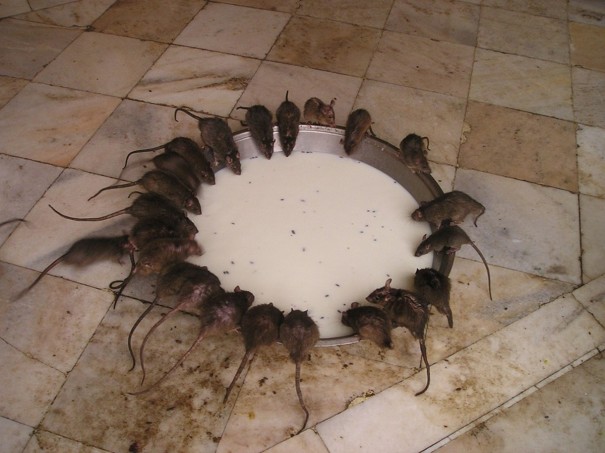 The rational-actor paradigm came to dominate economic thinking in the mid-20th century. It assumes that people are selfish and try to rationally maximize their self-interest without regard for the effects on people around them. Critics sometimes call it the rat-actor paradigm, but that really isn’t fair to rats who are often much more altruistic than the rat-actor paradigm assumes. The main reason why the rat-actor paradigm was successful at taking over economic thinking was that it is so simple and that made economic modelling easier to do. Simplicity was particularly important for mathematical modelling which came to dominate thinking in economics during this time because complexity is much harder to model with mathematical equations. And everyone has selfish impulses at times, so the rational actor paradigm often does a pretty good job predicting human behavior.

But the behavioral revolution in economics has been growing in influence over the past several decades by demonstrating that people are neither purely selfish nor rational.  We are predictably altruistic and irrational in systematic ways too. For example, most people wouldn’t kill their mother for money even if they thought nobody could find out.

Every company’s profits have to be arbitrarily divided between workers (wages), owners (profits), and people outside the company (through lower prices or less pollution or some other social benefits). Friedman thought that employees should eliminate all their altruistic goals except to altruistically maximize profits for the owners. He recognized that the rest of society can legitimately pass laws to prevent the company from hurting other people or damaging other’s property (such as by polluting), and he said that companies should abide by such laws, but corporations have considerable lobbying clout that help shape our laws and Friedman’s argument says it is the moral duty of firms to lobby and bend the political system to allow more selfish profits such as by reducing pollution regulations and enhancing the eminent domain rights of the corporation.

This idea became so fashionable that it took on the weight of law. Shareholders can sue corporate executives if they do something that is good for society if it is at the expense of profits!

Although Friedman’s supporters persist in defending the idea, it seems that at the 50th anniversary of Friedman’s famous essay, it is increasingly frowned upon.  For example, in Duff McDonald’s book The Golden Passport, about “the Moral Failure of the MBA Elite” at Harvard Business school, McDonald wrote:

Joel Bakan interviewed Friedman for his 2005 book, The Corporation: The Pathological Pursuit of Profit and Power, the economist repeated the point he’d made nearly 40 years before, but with a twist. In Friedman’s view, “hypocrisy is virtuous when it serves the bottom line… [whereas] moral virtue is immoral when it does not.”

McDonald’s book focuses upon how the Harvard Business School changed from an place that emphasized the character of its MBA graduates into a place where:

in 2005, Bakan was able to find a professor at HBS who was willing to channel Friedman’s “brand of cynicism [that is] old-fashioned, mean-spirited, and out of touch with reality.” According to then–HBS professor Debora Spar, corporations “are not institutions set up to be moral entities…. They are institutions which really only have one mission, and that is to increase shareholder value.”

Just a small sample of people who’ve actually “set up” corporations would seem to suggest that such a blanket statement is entirely without merit. Yvon Chouinard, the CEO of Patagonia, certainly had a larger mission in mind. John Mackey, co-founder of Whole Foods, wouldn’t agree with that premise. It also seems likely that the founders of Harvard, itself a corporation, wouldn’t have either.

In Forbes Magazine, Steve Denning traced the origin of this problematic ideology to Milton Friedman and entitled another essay about it “pernicious nonsense“.

Bower/Paine article, provides powerful rational arguments as to why shareholder value thinking is financially, economically, legally, socially and morally wrong. Yet there are powerful vested interests in keeping things as they are. As Upton Sinclair pointed out a century ago, “It’s hard to get a man to understand something when he is being paid not to understand it.”

In his book, Fixing the Game, Roger Martin makes the case that if the NFL had become corrupted by gambling and manipulation of the score, everyone would be calling on the NFL Commissioner to intervene and ban the coaches and players involved so that teams could get back to playing the real game of football. Yet in business, when it is now obvious that shareholder value thinking has corrupted management and has led to the massive extraction of assets and illegal stock price manipulation on a macro-economic scale, society has remained silent too long.

As Bower and Paine pointed out their 2011 book, Capitalism at Risk, the stakes are high. Amid widespread distrust of business, “you cannot achieve a sense of legitimacy if large numbers of people think that the system doesn’t work for them or is unjust to them.”  As the business ecosystem heads off the rails, business needs to act out of enlightened self-interest.

Business leaders must move beyond being simply practitioners of capitalism and become its stewards, working to enhance the sustainability of the market system. Setting aside what Jack Welch has called “the dumbest idea in the world” is a big part of that stewardship.

The problem with Friedman’s view are numerous.

For more, see Steven Pearlstein who wrote that “the cult of shareholder value wrecked American business” and few ideas in the history of management have had such a pernicious effect. Jia Lynn Yang wrote a history in the Washington Post focusing on how it revolutionized IBM. Two Harvard Business School professors, Joseph L. Bower and Lynn S. Paine, called it, “the error at the heart of corporate leadership” in the HBR.